09.30-20.30- Preliminary fights in the «Full Contact» section to the Semi-Finals in all categories

We can offer different prices for Hotel according to your needs and number of team members:

GUIDELINES FOR THE TOURNAMENT:

Participants in the championship:

— Allowed to the competitions for men & women (participants aged over 18) teams of national teams of Combat Ju-Jutsu (not less than 1 and not more than 3 participants in the 1 st weight category).

— Allowed to the competitions for juniors (participants aged from 16 to 17) teams of national teams of Combat Ju-Jutsu (not less than 1 and not more than 3 participants in the 1 st weight category).

CONDITIONS OF THE CHAMPIONSHIP:
The preliminary application for participation in competitions and bookings of hotels must be filed by no later than 01 november  2015. Teams having not submitted within the prescribed periods, the application shall not be covered in some places. Competition allowed the team that contributed to the credentials committee competitions application in the prescribed form (required visa physician and money. «Institutions) as well as athletes, participating personally and have contributed money. certificate, a qualification ticket, passport or birth certificate and a certificate with a photograph attested by a Notary.

Conditions of Registration.
Each participant must submit to the credentials committee the following documents that confirm his identity:
• Passport (military ID) or birth certificate;
• Budo-passport or original / xerox machine-copy of the current appraisal certificate
• Applications for participation in the competitions of a standard form with a tolerance of a physician;
• The insurance policy of voluntary insurance;
Each participant must be in the next fit and have protectors:
• White, blue or black with the emblem of CJJIF  pure Gi, the school party and the country's flag on the left shoulder;
• Color belts must meet the qualifying level;
• protectors: a helmet, protectors of the groin, breasts (for men and women), protectors on the shins with the protection of the feet are used in the competitions among individual categories of secular parties in accordance with rules approved.

1.   Competition uniform necessary for everyone: a) Gi of white or dark blue color, consisting of trousers and jacket. b) Gloves with open fingers – no less than 8 ounces in weight, c) bandage (protection of groin). d) Additional defending outfits, which might be used by participant, if permitted by Regulations are: sealed end, elbow-protectors, leg shields, preventing possible injuries. Covers for legs (shields) should not contain any solid parts (plastic, metal, bamboo, etc.)

2.  Participants are divided into the following weight categories:

Countdown of a combat only “pure” time without breakdowns time. During a combat participants do not have a right to leave an area without referee’s permission. If needed participant may leave the area after referee’s instruction to bring his uniform (outfit) to order. In case referees acknowledge draw after the set time’s out, the sportsmen are given additional time of 1 minute. In semifinal and final combats additional time might be given twice. If the situation does not change after that 1 min. of additional time is given up to the first technical motion to be performed. If there is no technical estimated motion performed, the winner is determined by common decision of the referees.

In Combat Ju-Jutsu it is permitted to perform throws, painful and suffocating motions, blows with legs and hands, imitation of blows, and other attacking and defending actions performed from certain positions of participants.

Throw is a motion of a participant, resulting in rival’s loosing balance and falling to the area, touching it with any part of a body except for feet, i.e. finds himself in “laying” position. Painful motion is a clutch of a leg or hand of the rival, allowing to perform: bending (leveler), or rotation of a joint (knot), pinching of tendons or muscles (pinch) and making rival to acknowledge himself defeated. Suffocating motion is mechanic squeeze of breathing and blood-circulating organs by way of tightening or squeezing, resulting in rival’s signaling surrender or loosing consciousness. Blows and imitation of blows.

Blows are performed by legs and hands (including knees) into permitted destinations.

Only accurate and accented blows are counted, that caused the loss of equilibrium in the extra time or the inability to continue the fight played more than 3 seconds.

Imitation of a blow is counted only in case of its accurateness, preciseness (with full fixation of a rival) into undefended surface. In case rival managed to cover, imitation is not counted.

Imitation of a hand blow is counted only in case when attacking part is in balanced position standing on his feet or on his knees, and his rival – in laying position.

Imitation of leg blow is performed from standing position – with stamping move into surface of the area near the rival’s head.

pure;
by reprimands;
by referees’ decision.

For performing painful or suffocating motion or knockout;
In case of obvious predominance of one of the participants;
In case of a withdrawal or disqualification of a participant;
In case a combat cannot be continued (refusal, nonappearance, withdrawal by doctor or representative);
contactless Imitation blows to the head or spine, with full control of the enemy on the ground, if the opponent is unable to protect themselves from attack inflicted.

Suffocating motion is counted in case one of the participants while being suffocated gives a signal of surrender or looses consciousness.

Painful motion is counted in case one of the participants while being clutched for arm or leg with painful motion gives a signal of surrender.

Surrender signal is given by double clap with hand or foot to the area or rival’s body. Any outcry of participant, clutched with painful or suffocating motion is considered as surrender signal (except for case, foreseen by art. 34, par. 3). Referee might stop the combat within youth category if further continuation of a combat might cause injury.

Knockout is counted in case one of the participants is not in condition to keep on combating in 5 seconds as result of a blow, throw or other technical motion.

Re knockdown is counted if one of the participants as a result got hit, throw, or other technical steps again unable to continue the fight for 3 seconds.

A clear advantage — If during the fight one of the participants demonstrated a loss of desire to continue the fight or attack is unilaterally without any response from the opponent's pain 5 seconds, then stops the fight and his opponent is awarded victory mean apparent advantages.

Imitation shocks — If during the fight one of the participants in the fixed position stalls second participant, who as a result of fixation is not able to protect vital organs and change in body position, and produces three times a clear imitation of blows to the head or spine (or next to the mat) hands elbows or knees. This imitation is estimated as the net win, striking in the spine or knees and elbows to the head — produces beats in disqualification of the participant. Imitation is not valued — if the other party is actively fixing legs or hands, torso or limbs beating the participant and the center of gravity breaks the locking member does not impact on the protected party. If the center of gravity attacking party moved to the head of an opponent and provides fixes impact on the opponent, resulting in fixation of feet or hands, the attacker does not lead to active protective action is protected — imitation of collapse measured.

Removal of disqualification or fight the enemy — is three times after warning the participant for prohibited actions or outputs beyond tatami. After one prohibited actions caused injury opponent. Participants may knock an opponent outside the ground orthrows strikes, causing the opponent is punished by a warning output. Beating is not pushing the opponent outside the ground with both hands or out of mutual admiration.

Victory till the first active motion (after additional time only).

At the end of basic and additional time, the time until first active motion is given.

blow resulting in unbalancing;
amplitude throw on the back, with a separation of two feet on the mat attacked;
throw stalling with subsequent fixation of the victim on his back more than 3 seconds;
non-responding long-lasting attack;
ousting rival outside of the area by blows or throws;
imitation of blows while fully controlling the rival;
disqualification of the participant by going beyond the site or that any action prohibited by technical.

In case the winner is not determined after main and additional time ran out the referees determine the winner individually by the whole impression of a combat, activity of participants, their physical preparation, quality of attacking and defending motions performed.

throw a rival to his head; throw clutching the head with both hands (without clutching a hand or uniform of a participant attacked);
intentionally hold rival’s mouth or nose, impeding breath;
scratch, bite, pinch;
twist or bend the neck, backbone of a rival backwards;
press the head, body and throat of a rival with elbows and knees;
clutch, press on or set arms and feet against groin and face (between eyebrows and mouth) of a rival;
clutch fingers, hair, ears;
perform “leveler” of a knee, bending leg not in the angle of its natural bend;
perform painful or suffocating motion  with a jerk;
wrap the belt end or jacket tail around any part of a rival’s body;
intentionally creep away of leave the area or to push out a rival;
blow rival into grain, back, back of the head, parietal area, and joints against the natural bend;
perform pokes and blows with fingers, palm, edge of a palm, open glove, head into face;
blow into head with a knee or elbow from “laying combat” position;
kick from “laying combat” position.

In youth category it is forbidden to blow the body of a rival against the surface, after lifting it from “laying on the back” position.

In case referees do not notice performance of a forbidden motion by one of the participants, the suffering part is allowed to give a signal by voice or gesture. False signal is considered and punished as a forbidden motion.

The following actions are also forbidden:

·         intentional disordering the uniform, taking off or throwing away any part of outfit, tying belt of bring uniform to order without referee’s permission; 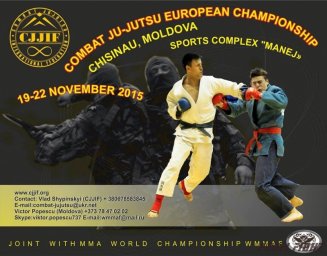